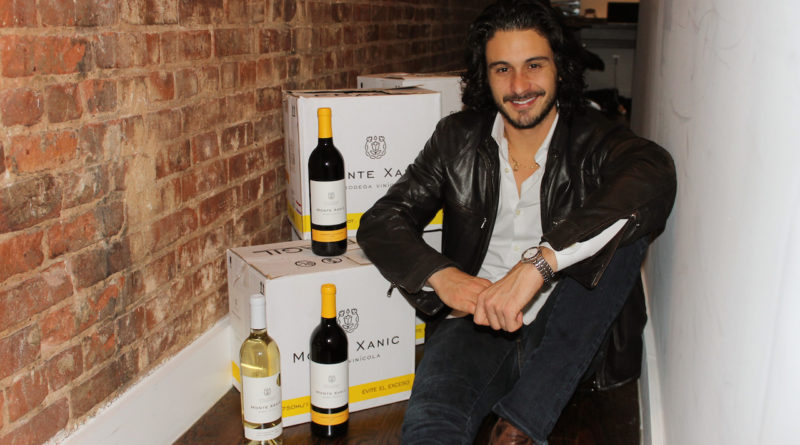 Leading Primos Imports, and together with Monte Xanic, this enthusiast entrepreneur has opened an important door for the inclusion of Mexican wines into the U.S. gastronomic industry.

I met Max Strygler in mid-Autumn at a cocktail party sponsored by the Mexican Chamber of Commerce in Manhattan, where his enthusiasm for networking was notorious while talking about a topic he is clearly passionate about, the importation of Mexican wines and its positioning in the highly competitive gastronomic industry of New York; on that day I knew he had something very interesting to tell us.

This young “Mexican-American” entrepreneur, has a strong commitment to his roots, which led him to launch “Primos Imports” and together with the Monte Xanic winemaking company, has opened an important door for the Valle de Guadalupe’s original products.

Without further ado, we present you Max Strygler Nasielsker, who received us in his Brooklyn apartment for this interview and photo shoot.

Tell us Max, when did you arrive to New York and what was your first activity in the big apple?

I arrived at New York on April 11th, 2013 and started to work for an alcohol distribution company called Manhattan Beer Distributors.

Do you consider that your Hispanic roots have opened or closed your opportunities in this city? What is your experience in this regard?

A little bit of both, being bilingual and bicultural has definitely helped me to open doors, but we currently live in a very competitive world where discrimination still exists, this led me to start my own business after seven years of being here, this way my future depends on me and nobody else.

What has been your greatest satisfaction about being independent?

Starting my own business, finishing my MBA and climbing the “Pico de Orizaba” mountain in Mexico.

What motivated you to create Primos Imports?

A big desire to educate people about the true Mexican culture, since lots of people outside of Mexico still believe we are only “sombrero, mariachi and tequila” while there is so much more than that. I felt a strong need to share with the world what Mexico is really made of, its history, traditions and high-quality products. Also, a personal need to grow as a human being, develop the best version of myself and to live with excellence every day of my life.

When did the relationship with Monte Xanic arise?

It primarily started while in Mexico because I remember my father always drinking and talking about his passion for wine. His favorite was Monte Xanic, so I knew about this brand since I was very young, and recently when I started to conceptualize the project of importing Mexican wine into New York, more than two years ago.

Also, I researched a lot, spent hours reading wine books and reviews and talking with wine industry connoisseurs. I traveled to the Guadalupe Valley and other wine regions in Mexico looking for a high-quality wine. That was when I fell in love with Monte Xanic and decided to pursue their business in order to import their products into the very competitive New York wine drinking market.

What have been Primos Imports’ achievements in this 2019 and what are your goals for next year?

And finally, our goal is to grow in other U.S. markets, bringing these products and Mexico’s rich and varied culture across the country.

Tell us a little bit about the Mexican wine industry and its positioning in the United States and the world.

Mexico has the oldest winery in the Western Hemisphere. The first vines were brought by the Spaniards back in 1942 when Cristopher Columbus discovered the Americas.

Mexico has been producing wine since then, and although wine production was prohibited by the Spanish King, Felipe II, because Mexican wine was consumed more than the Spanish one, its production over the years never really stopped, giving Mexican winemakers centuries of experience and knowledge of techniques.

Legally speaking, winemaking was reactivated by the Mexican government only 40 years ago, so you may call it a “young industry”, but in reality, this is a very old industry in Mexico, since as I told you before, its production never stopped.

A reason why Mexican wine is not very well known locally and internationally, is because Mexicans love tequila, mezcal and beer, which have dulled wine all these years. But this is about to change.

Over the last years, importation and distribution of Mexican wine has grown approximately by 48% annually; this means that it is being recognized and it’s only a matter of time before its niche grows in Mexican, Latino and any type of cuisine restaurants. It is very possible that very soon you will find a” Mexico” wine section in every liquor store in the U.S.

Furthermore, due to today’s social media, this process can be accelerated, so we project than in approximately 5 years from now, its impact will be felt not only in Mexico but internationally.

What is Monte Xanic’s offer to New York’s and the U.S. gastronomical market?

Monte Xanic is the first winery boutique house in Mexico. They produce many of the best quality wines in the country with high-end technology. They are an ISO 9001 certified company that has an in-house laboratory to ensure the highest quality standards and consistency of their wines, no matter what vintage they produce.

Monte Xanic arrived at New York to change, not only the Mexican wine perception, but Mexican culture as well. Some years ago, Mexican Chef Enrique Olvera impacted New York’s food market with “Cosme” his haute cuisine restaurant located in Manhattan, with a culinary offer that is as high-quality as it can be. He was able to put Mexico in a category that it had never been before. Monte Xanic is here to support this task for our culture, to show we deserve to be recognized and appreciated.

What would you recommend to all those young entrepreneurs that haven’t yet jumped to achieve their goals? What advice would you give them as entrepreneurs in New York and the United States?

Do it! Don’t overthink things. Live and learn as much as you can, be responsible and more important, always do what you love. Nobody has the formula for success in this life, each and every one of us has to find their own formula and follow it without being afraid. Listen to yourself, work hard and you will achieve everything you want. If one wants to know what is behind the entrepreneurship door, one has to open it, that is the only way to know what lays behind it.

Before we say goodbye, tell us how Max enjoys his free time in New York.

Ha,ha,ha, good question. I always like to start my day exercising and having a healthy breakfast. I enjoy being healthy, it helps me to feel good and focused.

Afterwards, I like getting together with my friends and enjoy their good company, with good food and good wine. Also, I like to share some good laughs with them, which I consider healthy for the soul.

Finally, I like to do something interesting, like going to an art fair, a museum, a sport match, an interactive play or a good party, but on some days, I also enjoy staying at home to read, study and listen to music. It is important to nurture our persona in every single aspect, spiritually, physically, mentally and emotionally every day.

For me, the key to success is to find our internal and external balance, to love yourself, to become your best friend, to listen deeply to what you really want and always being aligned with what we came to this world to do.

Thank you very much for your time.

Favorite dish: On my way to become vegan.

Favorite movie: “Into the wild”.

Music that is always in your playlist: Queen, Elefante, Jazz.

You never travel without: Enough underwear.

What do you like the most about New York: Diversity.

What do you hate the most about New York: Rent increase.

Place where you would like to live: California or Europe. 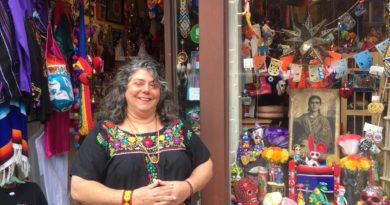